When people think of the best schools for designers, places like Pratt, MICA, RISD, and SVA come to mind. But one of the design world’s best kept secrets is located right in Raleigh, NC at North Carolina State University’s College of Design (NCSU).

According to the school’s website, NCSU’s College of Design boasts the highest graduation rate at the university. Its interdisciplinary approach to education anchors its undergraduate programs, graduate studies and doctorate in design programs. Incoming undergraduates can major in architecture, art and design, graphic design, industrial design, or landscape architecture. There’s even a design lab for students who want to teach at the K-12 level.

There are a number of things that make NCSU’s College of Design special, namely the aforementioned graduation rate and the diversity of backgrounds from the faculty. But one of the college’s hidden gems is in plain sight. 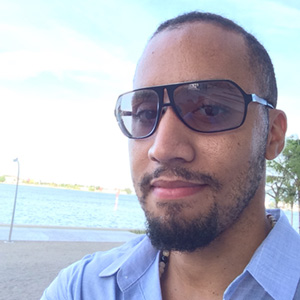 “One of the things that makes it special is the fact that it’s a public school,” noted Silas Munro, former NCSU assistant professor and designer-in-residence. “[NCSU] allows students who maybe couldn’t go to other design schools to go there. It’s accessible and it’s a really good program. Other schools cost a lot of money.”

A cursory glance at tuition confirms this. At the Savannah College of Art and Design, annual tuition is $35,190. Parsons the New School of Design in New York tops that at over $44,000 for tuition. But for North Carolina residents, tuition at NCSU for undergraduates is just $8,800 per year and $26,399 per year for out-of-state students.

With cost likely to not be a major hurdle to enrollment, the university also ensures students get the support they need every step of the way..

“They have a great recruiting strategy,” said Britt Davis, a 2009 NCSU graduate. Davis speaks on her beginnings at the university and college like it happened yesterday.

“My recruiter talked about the programs, but also talked a lot about the support systems as a minority student specifically for retention. When we got there, they wanted us to be comfortable and know [that] we could lean on our advisors, professors and upperclassmen. It was big knowing that I’d have that going in.”

With a faculty and staff that totals more than 100 professionals, Davis says it wasn’t uncommon to be on a first name basis with professors and administrators, and to also take multiple classes with the same professor en route to her degree. The connections built with faculty ultimately paid off for Davis and other students when it came time to hunt for jobs.

“I landed a job in April before I graduated,” Davis said. “A lot of it was due to the services in the graduate school. Our assistant dean, Tameka Whitaker, made sure that they knew all of the students and their interests. They knew I was interested in working for a university or in sports. If they saw jobs, they made sure to pass them on.”

The family-like atmosphere was not limited to job announcements. NCSU faculty made sure students were prepared to excel before and during job interviews.

“Faculty also checked over our resumes and portfolios and did critiques,” Davis mentioned. “They made sure we were ready.”

That level of support extended to the student body. “We all supported each other. We checked each other’s resumes and did mock interviews. There was always somebody around to help. If you were going on an interview, people always asked if we needed to practice.”

The camaraderie Davis experienced included faculty and staff. Munro says the diversity among the faculty had an effect on not only the students, but his professional development as well.

“Having faculty of color on staff is also not all that common, but it’s pretty impactful.”

Munro also received extensive mentoring which led to some unique opportunities during his tenure.

“I was paired with a more senior faculty member and got an opportunity to co-teach,” he continued. “I was able to write syllabi and it was valuable to have a more tenured professor giving guidance. I was also able to teach a course based on my own research. That is an amazing opportunity not typically offered to first-year faculty.”

From its beginnings in 1948, the NCSU College of Design’s faculty have made it their mission to stretch the boundaries of what design could and should be. “At the core of the School in these early years was an uncompromising belief that comprehensive design would produce a healthy environment, an improved society, and a better life for all,” reads a quote from the late Robert P. Burns, a 1957 graduate and former NCSU professor.

Munro echoes those sentiments when asked why the College of Design is a special place.

“I learned how intellectual design could be. There was something about being at a research university…the intellectual conversations and the way design is talked about is done in a way that’s really exciting, full of energy and mentally stimulating. That was the first time I realized you could be a scholar of design and study in a way that it has some visual and intellectual rigor.”

As for Davis, the School is a special place for a different reason. She cites the familial atmosphere, alumni network and consistent communication from the college as a reasons why NCSU will always be home.

“The school is producing amazing talent. The culture that we have there is like family. We brag on our alumni and we have some that are doing some great things. The college does a good job of making us aware of alumni success. When we graduate, we remain family and look out for each other. They don’t just shoo you out the door to make room for the next round of people.”