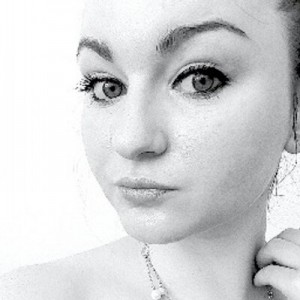 As the founder and CEO of Model View Culture, techie, author and entrepreneur Shanley Kane is one of the most outspoken advocates on the need for diversity in the field of technology. Model View Culture publishes the work of a myriad of activists and authors who provide commentary on the pressing social issues that permeate the tech community, ranging from women’s rights, race, LGBTQ, and many other important topics.

Model View Culture represents the diverse spectrum of people and issues in the tech field. Why do you think that it is important to build a community like this in the tech community?

One of the things that we’ve tried to make a core part of Model View Culture is addressing multiple axes and intersections of technology and diversity. We publish critique, experiences, analysis and stories that address queer, trans, race, gender, sexuality and class issues in tech, and where they intersect. I think that’s really important because changing tech culture requires focusing on more than just one dimension of diversity. There is a tremendous amount of change that will need to happen in the industry to make it more equitable and productive — from more equitable distribution of wealth and opportunity to a fundamental change in the mentalities and beliefs that permit harassment, abuse and discrimination to continue. Addressing just one dimension — which I sometimes worry we do too often, for example with the emphasis on women in tech — isn’t sufficient. Focusing on multiple issues is also more powerful as far as building a movement and establishing solidarity and a community that is capable of creating long-term changes in the demographics and culture of the industry.

Twitter, Facebook and other social media sites have become influential in spreading the word about social injustice and reform. How do you see these platforms working to eliminate injustices taking place in the tech field?

I think that online activism is playing a huge role in creating change in tech. Specifically sites like Twitter, while not without their own problematic politics and power structures, are providing a platform without traditional gatekeepers (like the tech press or a conference committee). Here, we see marginalized people in tech are building their own platforms, speaking out about their experiences, sharing their work and building support networks and communities where critical discussion about the industry is happening.

One major positive thing I think is happening on social media spaces is people coming forward with their stories of harassment and abuse in the industry. There is more community whistle-blowing going on around systemic abuses and discrimination which is hugely important.

But equally important is online communities coming up with alternative narratives and frameworks about the tech industry – for example, rejecting narratives around “meritocracy” and “cultural fit” and instead coming up with new best practices for team-building, HR and anti-discrimination at companies. The uptake in conferences putting a major focus on diversity and implementing codes of conduct has also been driven in large part by activism happening on social media. 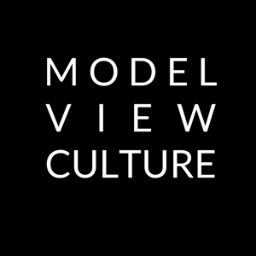 What have been the biggest challenges and greatest triumphs you have experienced since creating and establishing Model View Culture?

I think our biggest triumph is the number of amazing authors we’ve published. We’ve only been around a little over six months and we’ve published over 100 authors on topics from open source to social media to management, to feminist publishing and quantified self and cyborg anthropology. It’s incredibly exciting to work with and highlight so many diverse voices in the industry, offering critical perspective and sharing their brilliance and experiences.

From a challenges perspective, it’s always about time and money, and not having enough of either. We haven’t taken venture capital or any corporate money, and we’re 100% reader-funded. This has been really great so far and is critical to maintaining our independent editorial perspective. We are incredibly lucky and grateful to be financially sustainable at this time, but we don’t have the access to capital to, for example, grow really quickly or do rapid build-out of our infrastructure; and of course, there’s never enough time.

What do you hope to see Model View Culture accomplish within the next year? Are there any new goals or initiatives you would like to accomplish?

Well right now we’re in the very initial stages of working on a full website redesign with the goal of making content more accessible by making it easier to find articles on topics you care about, as well as further developing our brand look and feel. That’s very exciting, and I think continuing to develop how users experience our site and content is really important.

We’re getting ready to publish an issue on mental illness and disability which we actually got more submissions to than any other topic we’ve done so far. This topic was on my personal list of goals for the company to address because I think it’s a really important one.

Other than that, doing what we’re doing already is taking most of our time!

How can people become involved in Model View Culture to help you reach your goals?

There’s lots of ways for people to support us! We’re on Twitter and Facebook so people can follow along with our new content. We have a mailing list where we send out a weekly newsletter with the week’s top tech, culture and diversity news. And, most of our revenue comes from subscriptions — we produce four quarterly editions a year with exclusive, new content in both print and digital versions. That’s a great way to support us and also read more Model View Culture content! And, if you’re interested in writing for us, we post calls for submissions every few weeks.